Drayton Manor Park Ltd (in administration) has been sentenced following the death of a schoolgirl on its Splash Canyon water ride in 2017.

Stafford Crown Court heard how, on the 9 May 2017, 11-year-old Evha Jannath was on a school trip when she fell out of a raft on the Splash Canyon water ride into the ride’s water trough. She was able to wade to the conveyer belt at the end of the ride and climb onto it, but then fell into a section of deeper water and drowned. 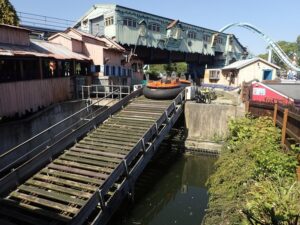 An investigation by the Health and Safety Executive (HSE) found the risk assessment in place was not suitable and sufficient as it did not properly assess or address the risk of passengers being ejected/falling from the raft, despite previous similar incidents. There were inadequate control measures in place to detect a person in the water as the CCTV covered only half the ride and the CCTV monitors were not suitable for observing passenger behaviour appropriately. In addition, there was no system at the park to rescue anyone who had fallen into the water.

Drayton Manor Park Ltd (in administration), Tamworth, Staffordshire pleaded guilty to breaching Section 3(1) of the Health and Safety at Work etc. Act 1974 and was fined £1 million.

Drayton Manor Park has changed hands since the incident and is now owned and operated by Drayton Manor Resort Ltd.

Speaking after the hearing, HSE Principal Inspector Lyn Spooner said: “As a result of Drayton Manor’s failings 11-year-old Evha Jannath, died at the end of what should have been a fun day out.

“The risks from ejection from the raft had been evident to Drayton Manor for some time, yet they still failed to take the action that could have prevented Evha’s death.

“This tragic event should never have happened and my thoughts and the thoughts of HSE remain with Evha’s family and friends.”